We’ve officially reached the time of year when many photographers are facing burnout.  We’ve shot 50 weddings or 100 family photos or one million mini sessions.  We’re ready to set down the camera for awhile and take a freaking break.  However, as photographers, we know that that’s not the best move, creatively or professionally.  If you’re facing said burnout and are in need of some creative inspiration, then this blog post is for you.

Ua and Dustin, both feeling a little stagnant from repetitive retail shoots and in need of a creative pick me up, put their heads together to plan this shoot.  Ua, wanting to get back into creative portraiture and Dustin, wanting a creative post-processing challenge with composites, teamed up to create a few epic shots that will definitely serve as creative inspiration to others in the photography community.

This is where Liz comes in.  Liz is a friend, sister, pianist, writer, and creative individual herself.  Ua met Liz at a (very strange) creative writing class and has remained friends with her since.  When discussing who would be a great fit as a “model” for this creative shoot, Ua immediately thought of Liz. 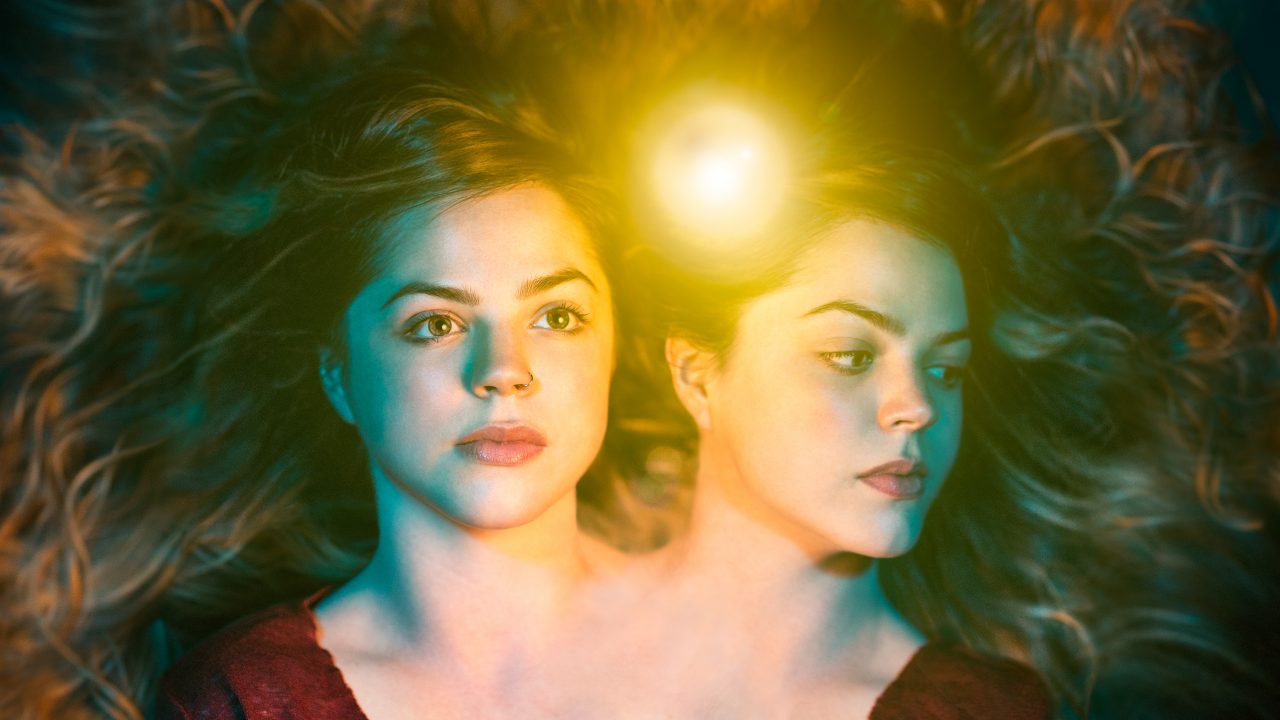 The original idea for this shot was Halloween based.  Wanting to create something to represent the holiday, they imagined a creepy, dark, and curious photo.  Ua shot the images with this in mind, however, he and Dustin switched gears during processing to something quite different.

As most of us know, the U.S. presidential election triggered emotions in many people worldwide.  It just so happened that this event occurred during the retouching process of this creative shoot, and Ua and Dustin were two of those whose emotions were triggered.  In an attempt to encourage hope and the hunt for positivity in life in lieu of election results, the images took a turn toward a more optimistic and hopeful vision.  The final result ended up as a composite of the evolution of events going on around us and their personal creative inspiration in looking at the portraits.

I think they succeeded in providing the public with something they don’t normally see. 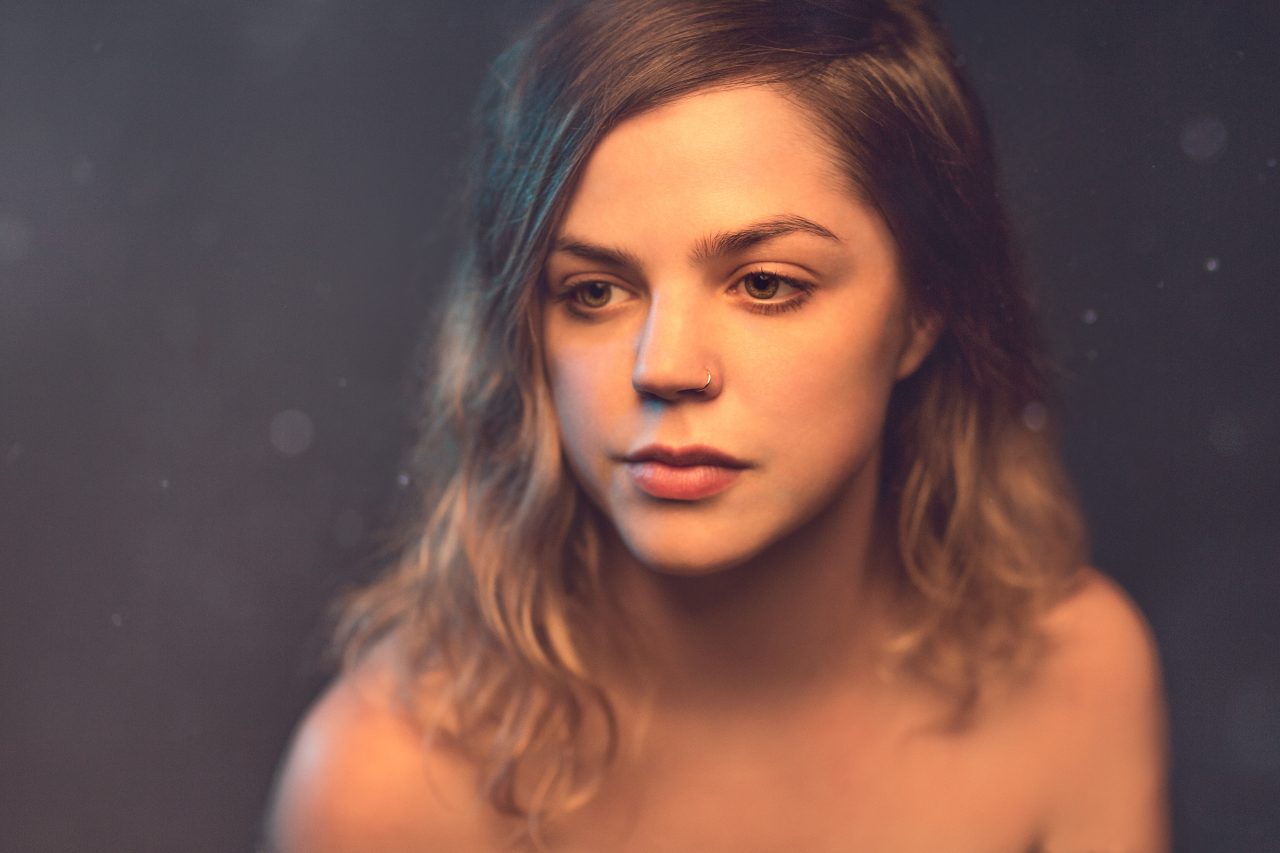 This particular image was created as a visual representation of Liz and her spirit.  In an attempt to convey her contentful energy, Ua designed a scene that invites introspection and encourages the viewer to get lost in the moment.  When asked what he imagines Liz to be doing in this photo, Ua replied with, “it’s like I’m having a conversation with her but she’s thinking about other things.”

The final image required an additional shoot to complete the look.  Using the resources on hand in the studio (i.e. an old sheet), Dustin conjured up a dust storm while Ua photographed the dust particles flying through the air.  Who knew that dust could be so useful…or beautiful?!

Check out this before and after of this gorgeous shot.  Dustin is killing it in the photo editing game. 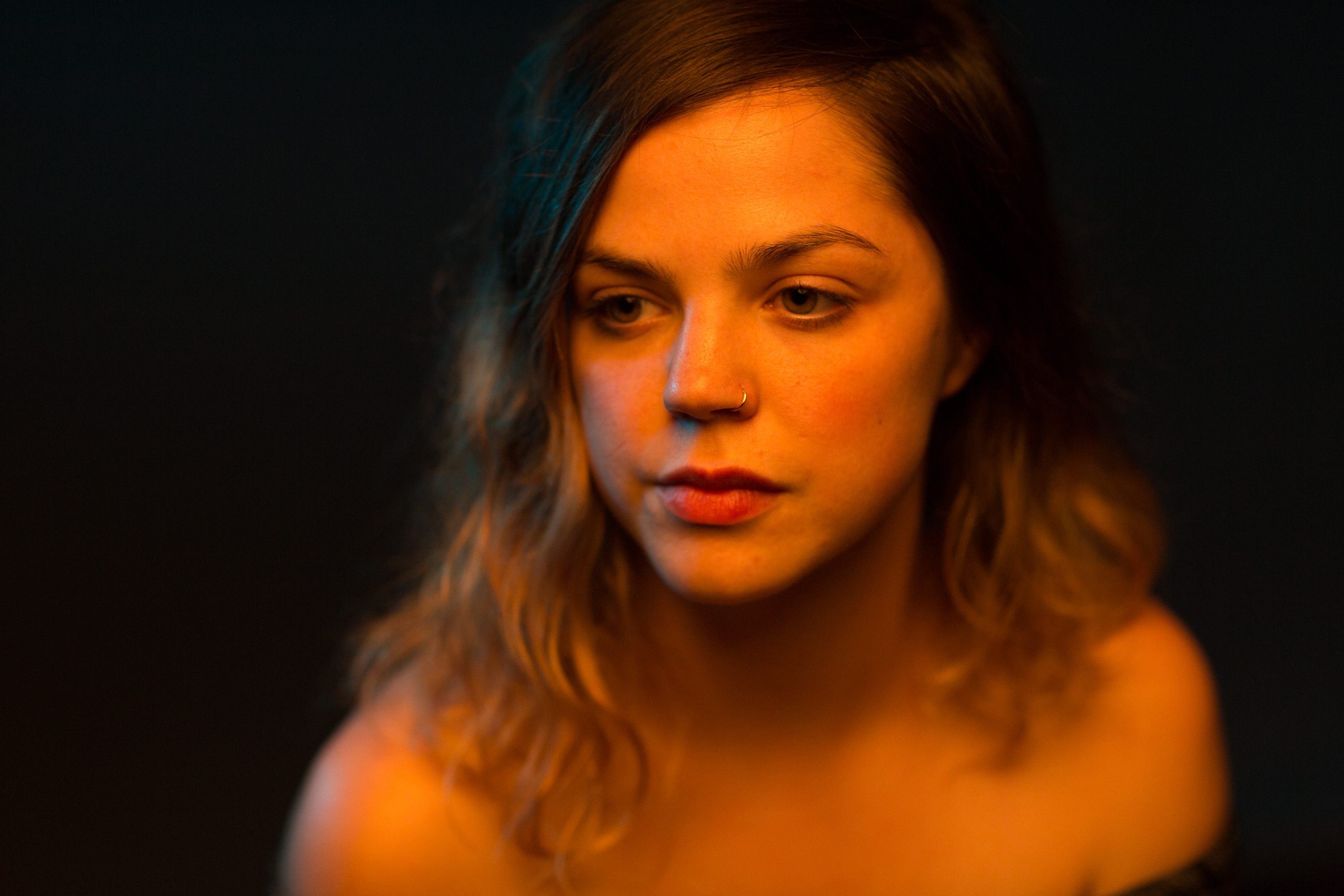 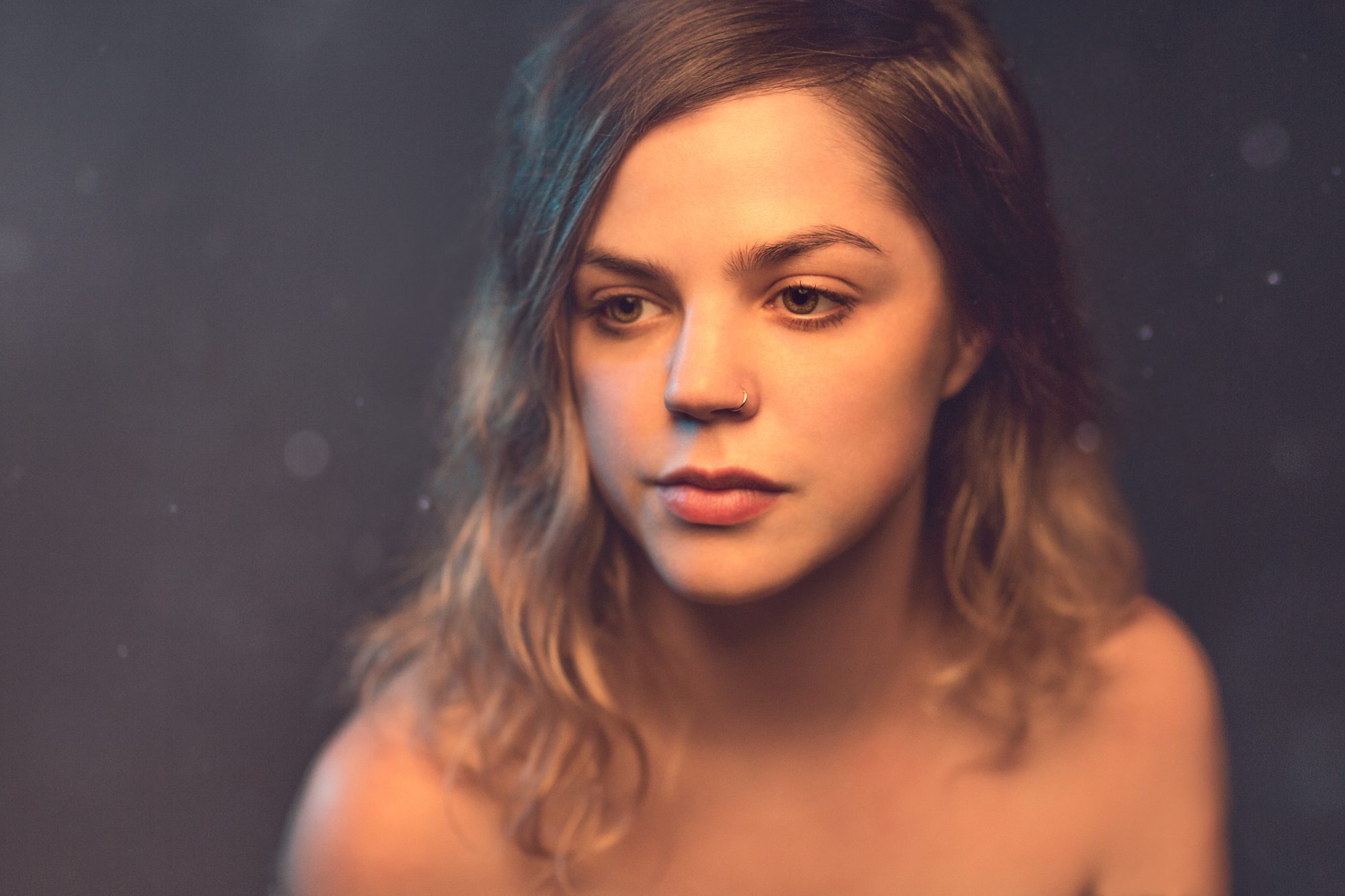 I don’t know about you, but I’m super thankful to have such creative individuals in the world to inspire me to shoot, and live, creatively.