Caitlin Sadler as the Portrait Artist

A wise person once said, 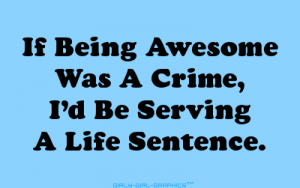 I’m not sure who that wise person was, but I have a feeling it was Caitlin Sadler.

This woman is the epitome of awesome.  I mean, she can pretty much bench press cars, train a Husky to basically be human, make strange crying noises that sound EXACTLY like a baby doll, crack jokes better than Kevin Hart, provide a movie quote to relate to every life situation, and, of course, make photographs so incredible that even The Terminator would weep at their beauty.  THIS is why we, her UA Creative Photography family, fondly refer to her as…

To learn more about our beloved Caitlin The Enforcer, our family and senior portrait artist, head on over to her About Me page or simply continue scrolling to see her answers to a very serious and thought-provoking survey.

If you could live inside a TV show or movie, which one would it be?

Movie(s) you could watch on repeat.

Who or what is your spirit animal?

Tom Cruise, because he’s a small man and has convinced people that he is a believable action star. That is inspiring. I want to exude that much charisma and confidence to make people think I’m great, even when I’m not.

First CD/album/cassette tape you ever purchased?

Food that is your lifeblood?

Chocolate & peanut butter. I’m a cliche. Though I rarely eat Reese’s. How’s that for cliche?

El. My maiden name is Elsass. My friends are lazy. And I had a Chevy Cavalier I named White Chocolate.

Favorite activity for a rainy day?

Puzzles. I really love puzzles. But I have a big head and eventually my neck buckles under the weight of looking down.

I can cry like a newborn baby. Actually, it sounds more like a babydoll. It’s a really polarizing sound, people either love it or they hate it.

What was the weirdest behavior you had as a child?

I thought I could be a big cat (lion, tiger, etc.) and would “growl” at people. I think less of the people that called me a friend.

I really wish I could sing without hurting myself or others. I’d love to be able to do that with a whole other person in the car without causing damage.

Besides what you currently do, what do you wish someone paid you to do? This doesn’t have to be a well-known job, you can get creative.

I want someone to pay me to rewrite bad sitcom jokes. I love good sitcoms, I know what I’m doing. Also, bad marketing slogans.

Decade in history (besides this one) you think you would have been best suited for?

60s, early 70s. Whole lotta cultural and political changes happening, would have been interesting to be around for all of it.

Describe a favorite inside joke or prank you pulled.

Not sure if this qualifies, but I had a friend in high school that was a creative genius and would always come up with interesting things to do. We pretended to be hall monitors and sent people to the office (we didn’t have hall monitors). We kept mime makeup on from our drama class and then spent the entire next period performing mimes in classroom doors.

What do you think your identifier is? Like if someone were trying to describe you to someone else, what would they say first?

What makes you cringe?

If you could adopt any song as your theme music, what would it be?

Erica Kay as the Portrait Artist

Erica Kay as the Portrait Artist